Do you remember the moment you first saw a positive image of an LGBT person on TV?

Today we can turn on the TV and see dozens of openly gay, lesbian, bisexual and transgener characters on TV — characters that reflect the real lives of LGBT people across America and around the world.

But it wasn’t always this way.

Back in the 1960s, if you even looked gay, your show was canceled — as Sheila Kuehl learned  when her spinoff from Dobie Gilles was axed by CBS.

It wasn’t until 1971 that we first saw a positively-portrayed gay character — on a single episode of All in the Family.

By the late 70s, Billy Chrystal was playing an openly gay character on Soap — but his character’s plot lines centered around him being seduced by women.

Even as late as 1989, when ABC showed two men in bed for the first time on thirtysomething, ABC lost half of the show’s advertisers, and never aired the episode again.

It wasn’t until the 1990s that the cultural closet door began to swing open when Playing Gay executive producer Wilson Cruz was cast as the first openly gay teen on My So-Called Life.

In 1994, Pedro Zamoras changed the face of HIV/AIDS in America forever when he appeared in MTV’s Real World: San Francisco.

It wasn’t until 1997 that the world witnessed the extraordinary courage of Ellen DeGeneres, and that cultural closet door was finally removed. Ellen bravely paved the way for shows like Will & Grace, Queer As Folk, The L Word and Modern Family. 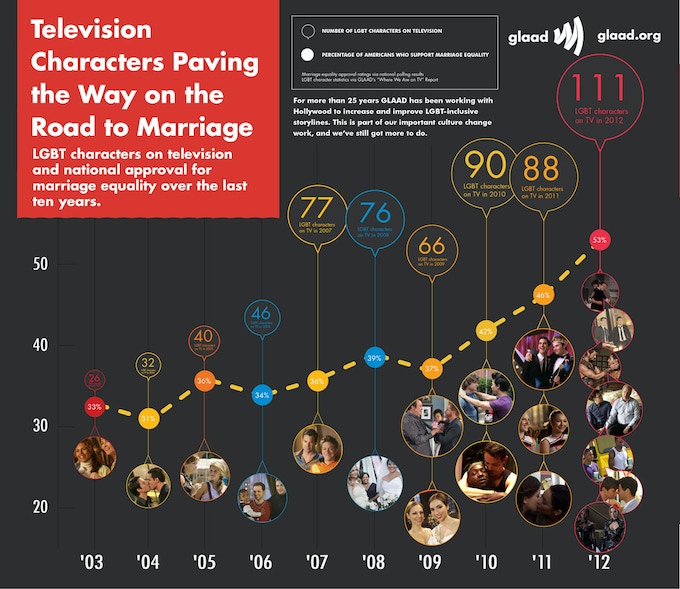 There’s no question LGBT characters on TV changed America. But the story continues. We still have a long way to go.

This is our story to tell. These characters changed our lives, and their continued presence on TV changes how people feel about themselves every day. Let’s tell the story of how we got here. Please, back this project today!